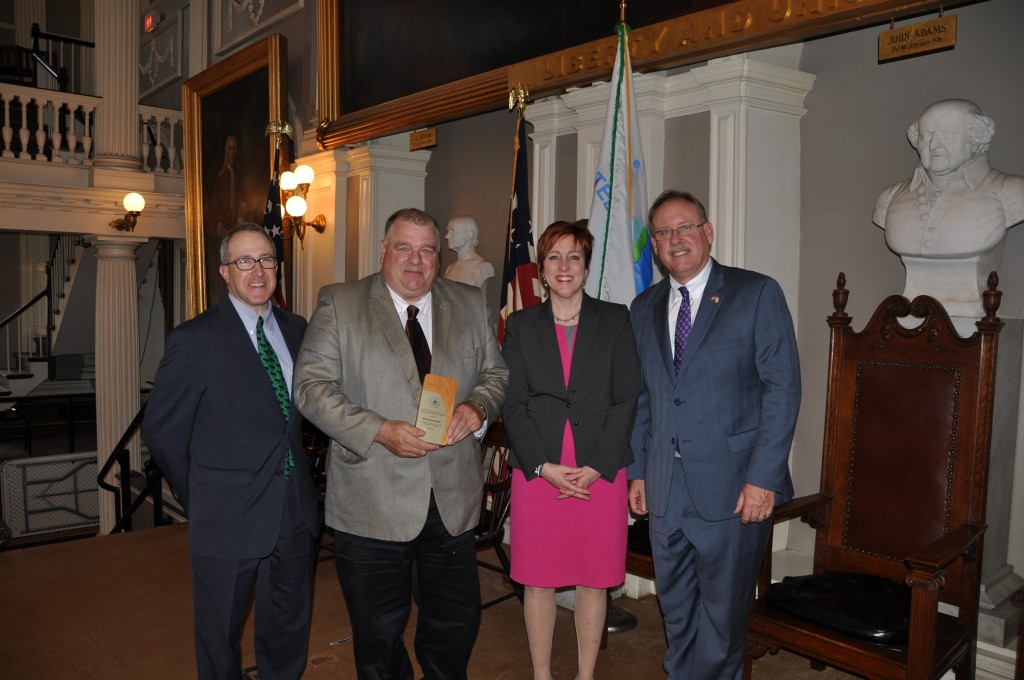 William Boulanger, Superintendent of Public Works and Utilities in Dover, was recognized on May 10 at the 2016 Environmental Merit Awards ceremony of the US Environmental Protection agency’s New England regional office. Each year EPA New England awards individuals and groups in the six New England states who have worked to protect or improve the region’s environment in distinct ways. The merit awards, given out since 1970, honor those who have shown particular ingenuity and commitment in their efforts. Boulanger was recognized as an individual who has taken action as a crucial catalyst for reducing negative impacts on the Berry Brook Watershed in Dover.

The goal of the Berry Brook project has been to use green infrastructure stormwater treatment practices to improve water and habitat quality in a severely degraded urban watershed. Under Boulanger’s leadership researchers at the University of New Hampshire Stormwater Center and city staff installed stormwater controls that remove more than 19 tons of sediment, 710 pounds of nitrogen and 127 pounds of phosphorus each year. They have reduced the non-porous cover in the watershed from 32 percent to less than 10 percent. 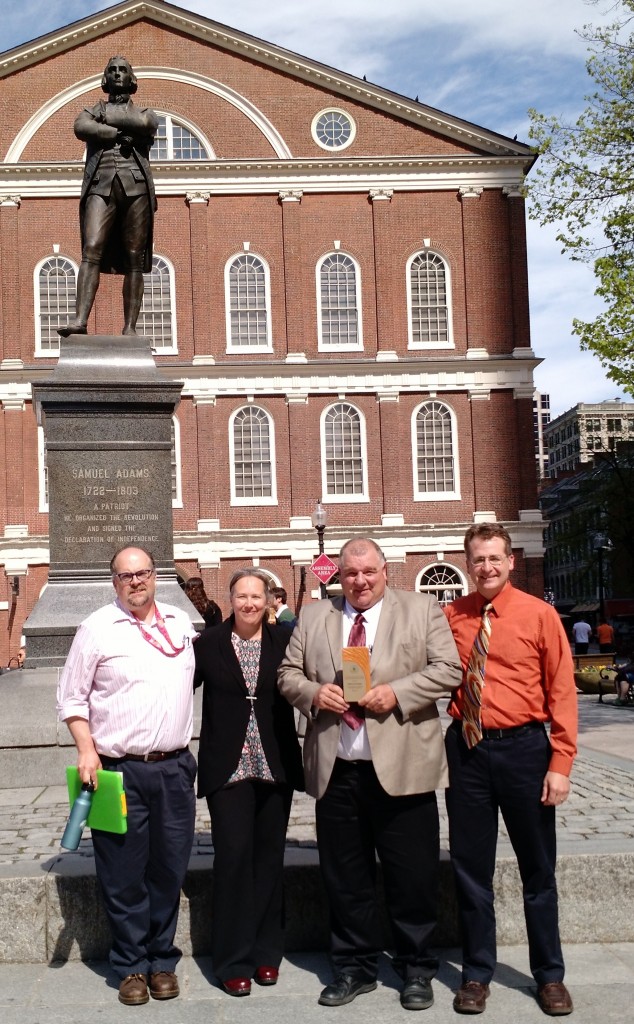 Boulanger’s ability to seek practical solutions has helped overcome municipal barriers to green infrastructure and resulted in a greater understanding of stormwater management. When city staff were reluctant to accept green infrastructure, Boulanger addressed their concerns, coordinating with city engineers, laborers and UNH researchers to build systems that can be maintained with the existing equipment, are affordable, and include designs easily understood by city staff. Bill also invented a new style of green infrastructure with the water quality and volume reduction benefits of porous asphalt. The new approach was nick-named “The Boulanginator.” Bill who has provided outstanding municipal public works service for 42 years, is a master communicator with excellent leadership skills. It is local champions like Bill Boulanger who will lead the green infrastructure wave and who will do it more economically and effectively than anyone ever imagined.

This entry was posted in Watershed Restoration (Impaired Waters). Bookmark the permalink.