Participants in the 2013 BMPalooza Tour were recently hosted by Section 319 NPS project partners in four different watersheds and provided with an opportunity to inspect Best Management Practices (BMPs) installed, discuss future implementation projects, and most importantly, to meet our valued project partners in person. 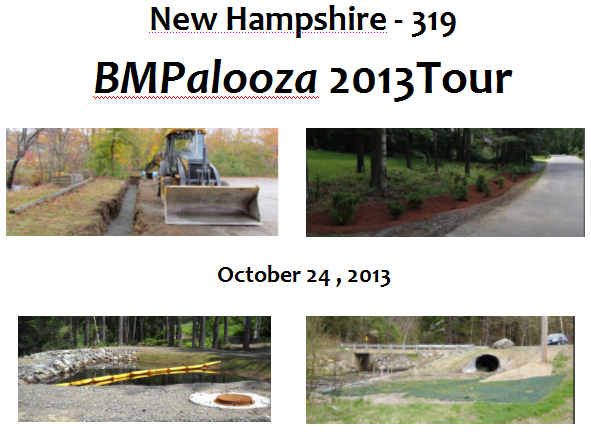 Representative from DES and EPA started the BMPalooza tour at Cobbetts Pond in Windham where they were hosted by the Cobbetts Pond Improvement Association and the Town of Windham.  Andy Chapman, DES Project Manager joined the local hosts in providing background on project development and implementation that included over a dozen residential scale, stormwater BMPs, and a much larger BMP train on the Bill Day property. Both the DES and EPA participants came away from the Cobbetts Pond watershed site visits with a sense of admiration and respect for how much has been accomplished there since the completion of the Cobbetts Pond Watershed Restoration Plan. Based upon our quick visit to multiple BMP sites, it is quite clear that the Cobbetts Pond Improvement Association and their network of project partners have set a high standard for watershed restoration plan implementation in New Hampshire. 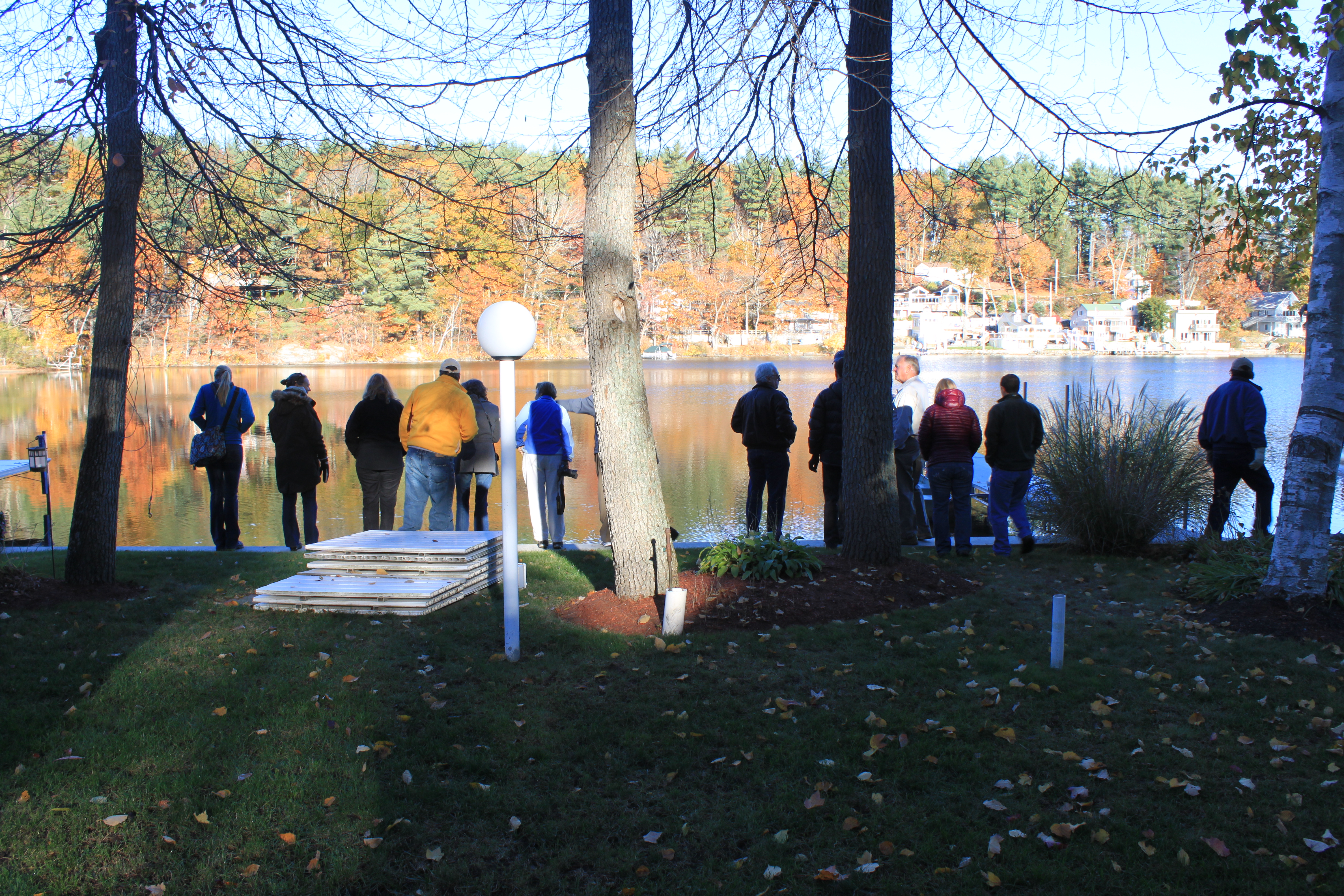 The second stop for the BMPalooza tour was in Alstead, New Hampshire where attendees met wih representatives from the Town of Alstead, the Cold River Local Advisory Committee, and Sean Sweeney from Headwaters Hydrology.  Attendees learned about the catastrophic flooding on the Cold River and Warren Brook during 2005 and 2006 that lead to loss of life and severe damages to infrastructure. Project partners described the development of the geomorphic assessments and management plans for both the Cold River and Warren Brook. Section 319 Watershed Assistance Grants have partially funded the development and implementation of those plans. Attendees learned about the river restoration efforts completed on Warren Brook at the Griffin Hill site and those proposed for the Lower Warren Brook site by 2015. Everyone walked upon newly created floodplain and several brave souls walked through the large floodplain culvert on Warren Brook. Other in-stream restoration features observed included root wads, rock vanes and weirs. 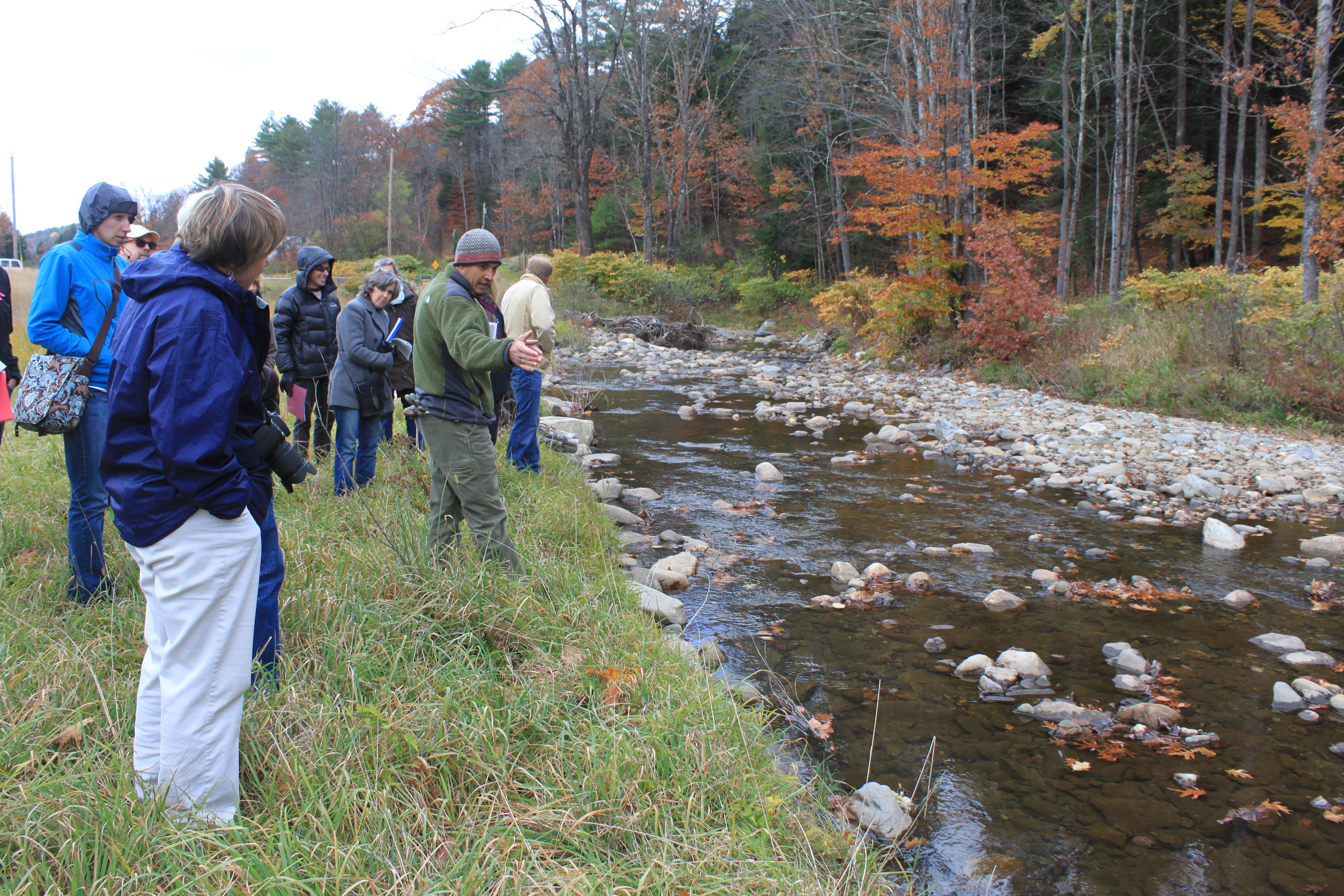 The Furnace Brook watershed in New Ipswich, NH was the third stop on the BMPalooza agenda. Attendees were met at the Town Park by representatives from the Town of New Ipswich Board of Selectmen, Public Works Department, Town Administrator, and FB Environmental. Several stormwater BMPs have been recently installed by the Town of New Ipswich with partial funding provided by a Section 319 Watershed Assistance Grant. BMPs were toured on Temple and Appleton Roads along Furnace and Willow Brooks. In addition to the stormwater BMPs inspected, tour attendees were reminded by Whitney Baker (FB Environmental) that the project has also generated a septic system management plan for the watershed and a stormwater pollution prevention plan for the variety store that sits only a few feet from the banks of Furnace Brook. DES and EPA representatives look forward to continuing the partnership with New Ipswich on future phases of implementation. 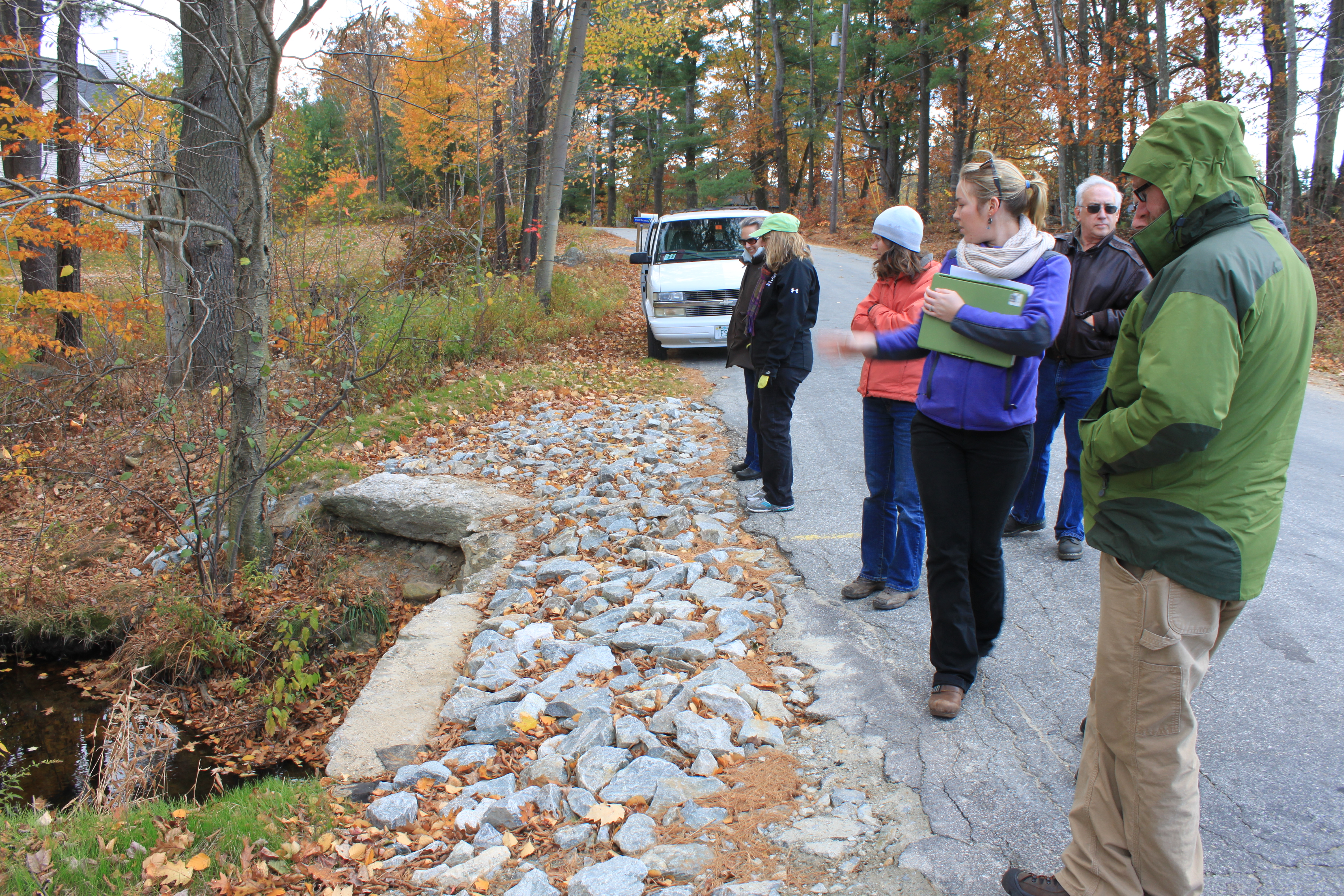 The 2013 BMPalooza tour made its final stop in the Pennichuck Brook watershed to meet with project partners from Pennichuck Corporation and Comprehensive Environmental, Inc. (CEI) Representatives from Pennichuck Corporation explained the drinking water distribution system that Pennichuck Brook supplies and how critical it is to protect surface waters in this watershed. Attendees were then provided with a tour lead by engineers from CEI through the largest BMP train visited on the tour.  Flanked by the Everett Turnpike, CEI staff explained the design, treatment capacities, and pollutant removal success of the installed practices that are in place to protect the supply ponds that provide drinking water for the City of Nashua and beyond. 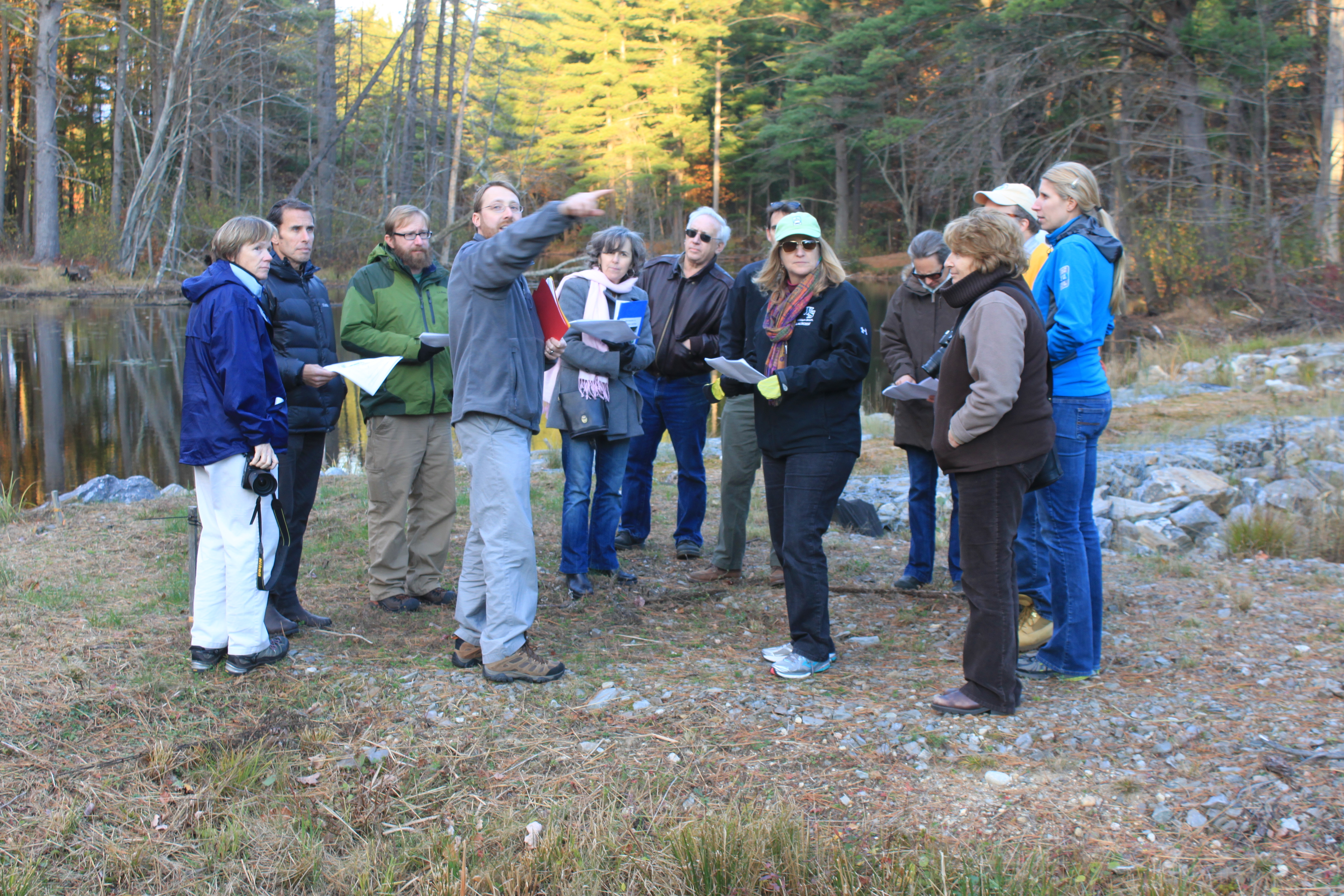 We thank our Section 319 project partners for making time to host DES and EPA at their project sites during the 2013 BMPalooza. All attendees came away from the tour feeling energized, rejuvenated, and highly encouraged by the tremendous success achieved in New Hampshire watersheds through the stellar partnerships forged through the Section 319 Watershed Assistance Grants program.  Great work, everyone!!!